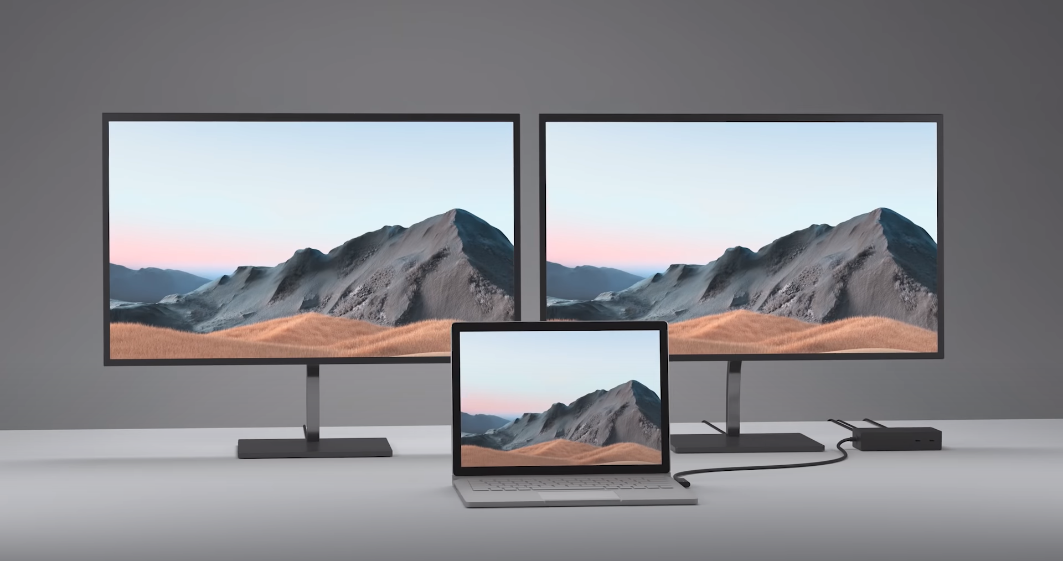 The Surface Dock has been one of my favorite Surface accessories. I’ve used it at work to connect my Surface to two external displays, as well as keyboards, mice, and other peripherals. All conveniently connected to my Surface using a single Surface Connect port.

Now, the new Surface Dock 2 is here, and it features some much needed improvements, which brings the dock up to 2020 standards. 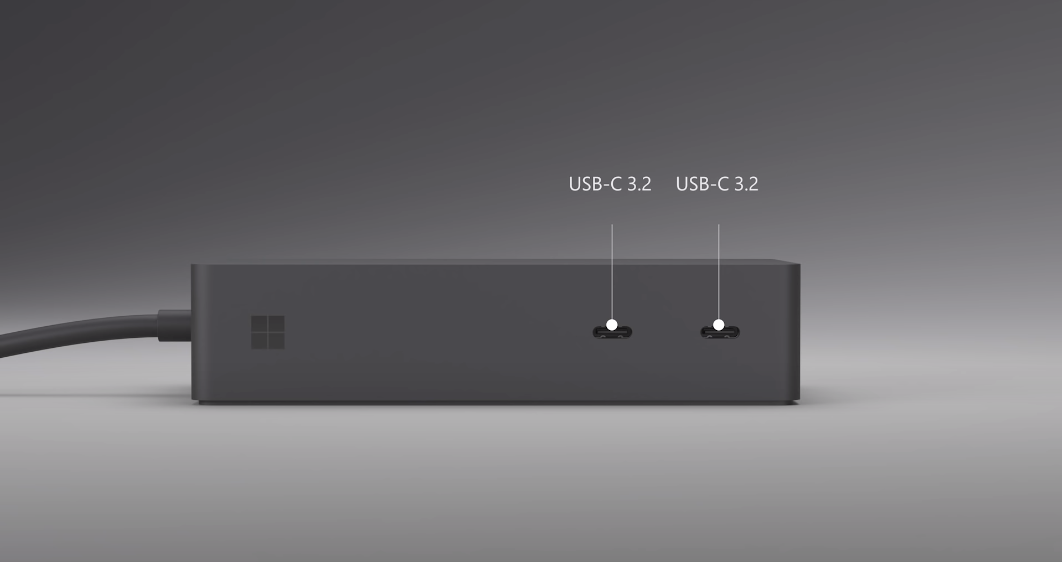 The main highlight of the Surface Dock 2, in my opinion, is the inclusion of 4 USB-C ports compared to its predecessor, which had none. Two of these ports are located on the front. These are USB 3.2 ports that can charge devices like phones and tablets at 15W each. Two more are located on the back that can drive two 4K displays at 60Hz, or two 5K displays at 30Hz. 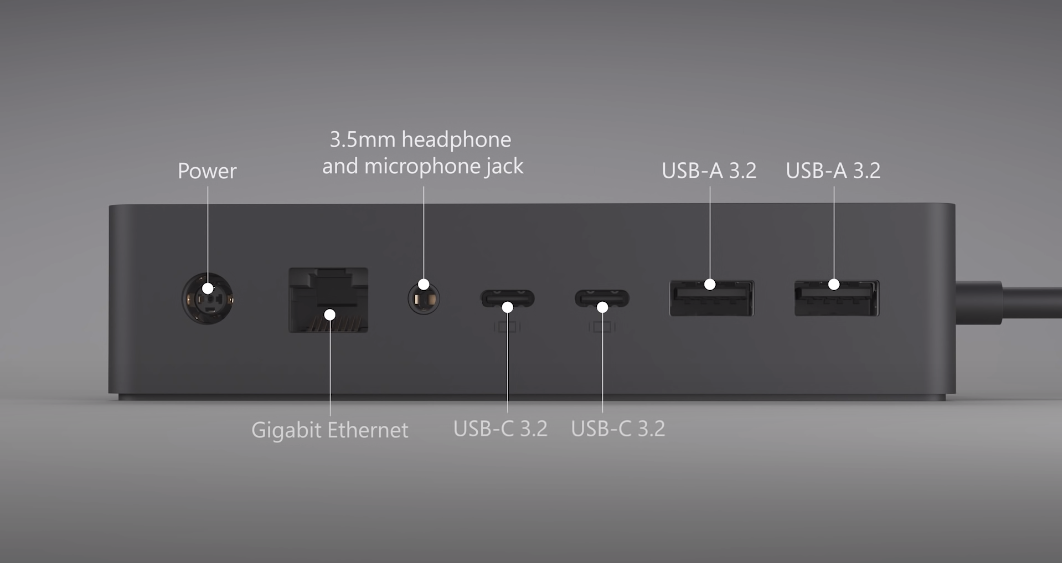 Also on the back are two USB-A 3.2 ports, a 3.5mm headphone/microphone jack, a gigabit ethernet port, and the power connector which connects to an external 199 watt power brick. There’s also a Kensington lock on the side of the dock for added security.

Microsoft has also expanded the enterprise capabilities of the dock with new tools that allow for disabling certain ports for example, depending on which managed Surface device is connecting to it. Settings can be made locally or via the Microsoft Endpoint Configuration Manager.

Personally, I’m very excited for the new dock. USB-C alone has made this a worthy upgrade over the original Surface Dock that was released in 2015, as USB-C devices have grown in prominence since then.

The Surface Dock 2 will be available for $259.99 and will start shipping in select markets on May 26.