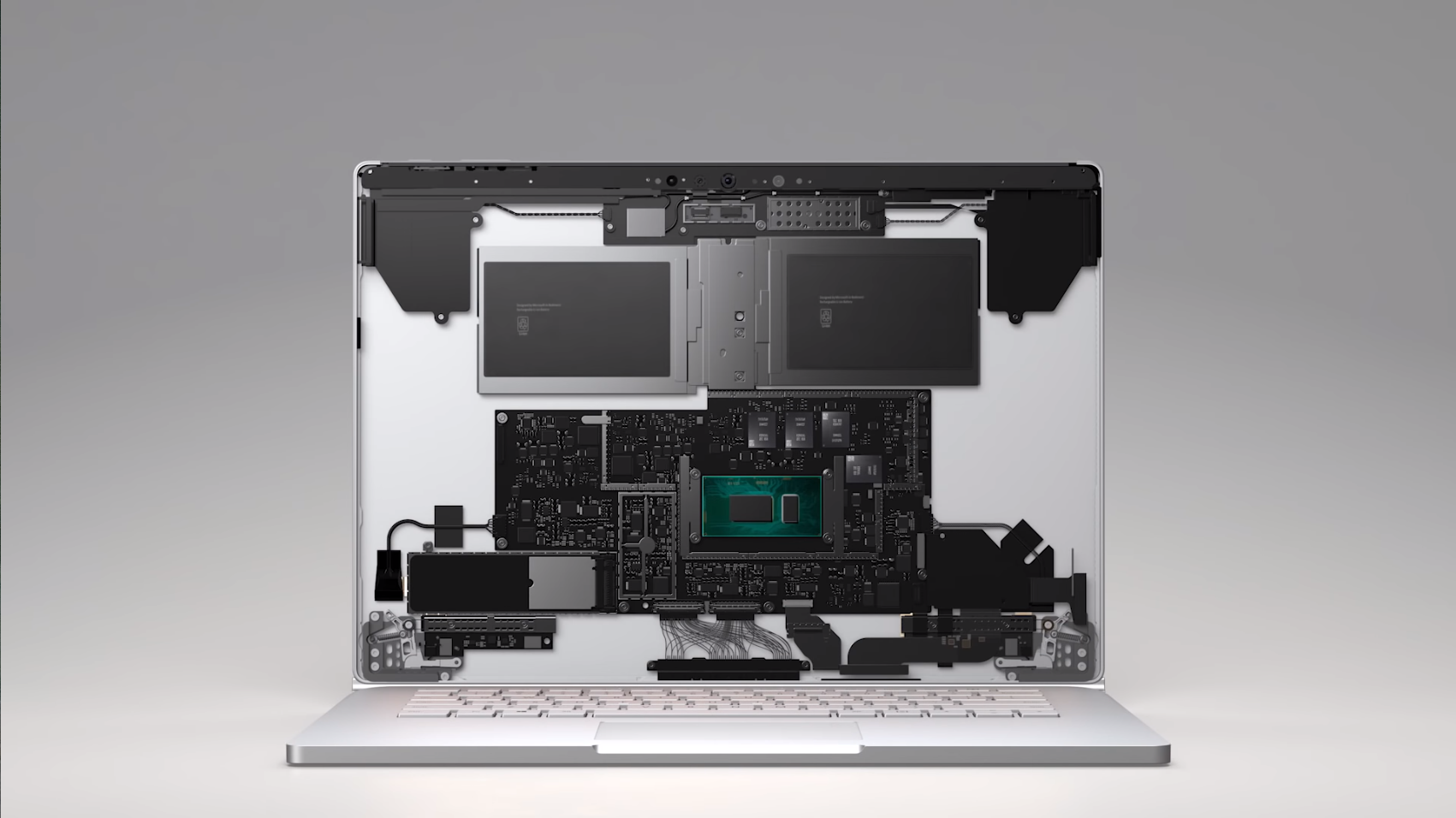 On May 7, Microsoft announced the new Surface Book 3. Externally, you may be excused for mistaking it for 2017 Surface Book 2 as both devices are identical, but the Surface Book 3 includes some notable improvements internally. 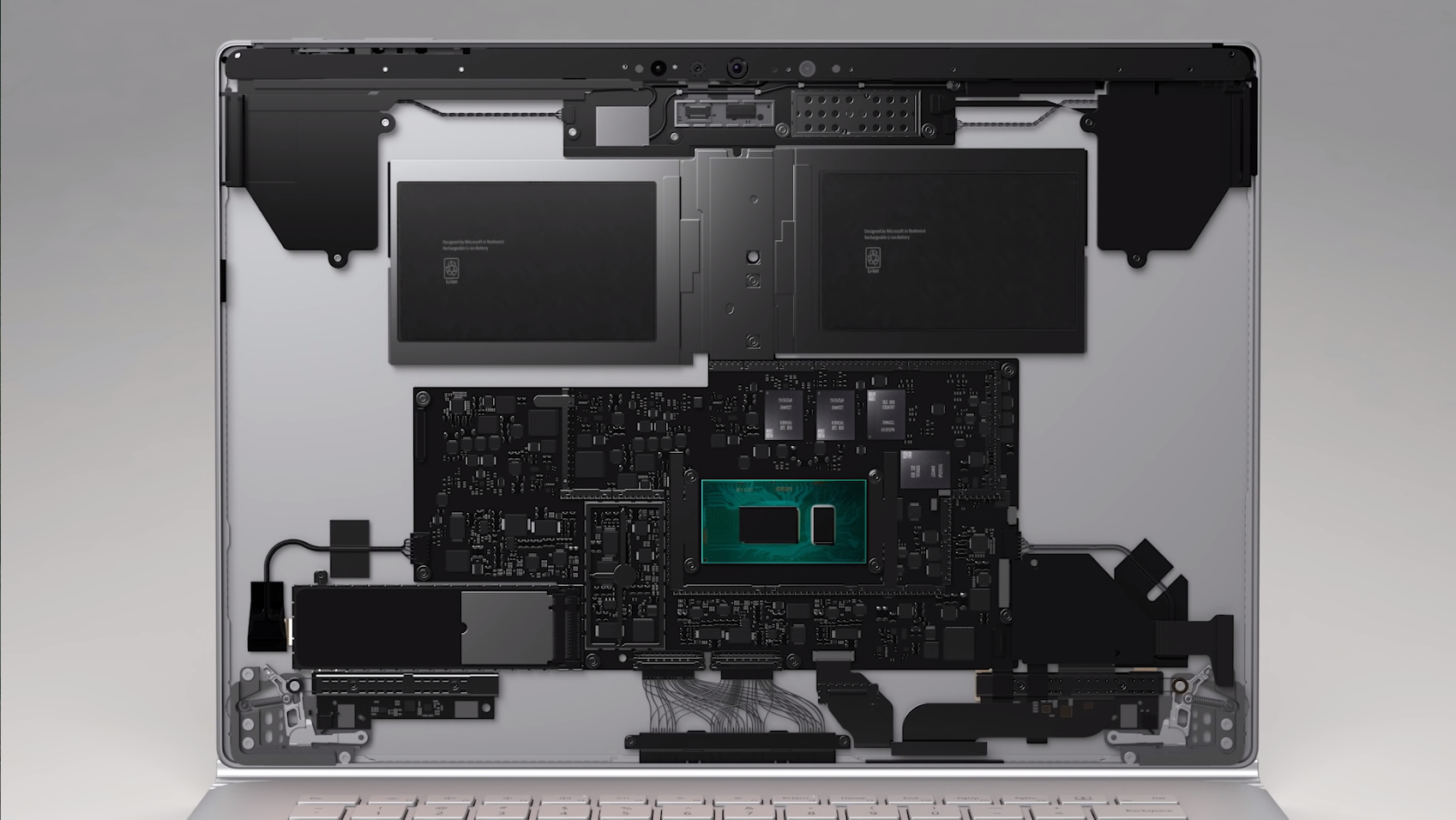 The Surface Book 3 is powered by Intel’s latest 10th generation Core processors, going up to the Intel Core i7-1065G7. This is a 10nm 15W quad-core, 8-thread chip that runs at 1.3GHz and can boost to 3.9GHz on a single core. While there are no AMD options to choose from in this generation, the CPU options in the Surface Book 3, paired with upgraded graphics make for one powerful laptop. 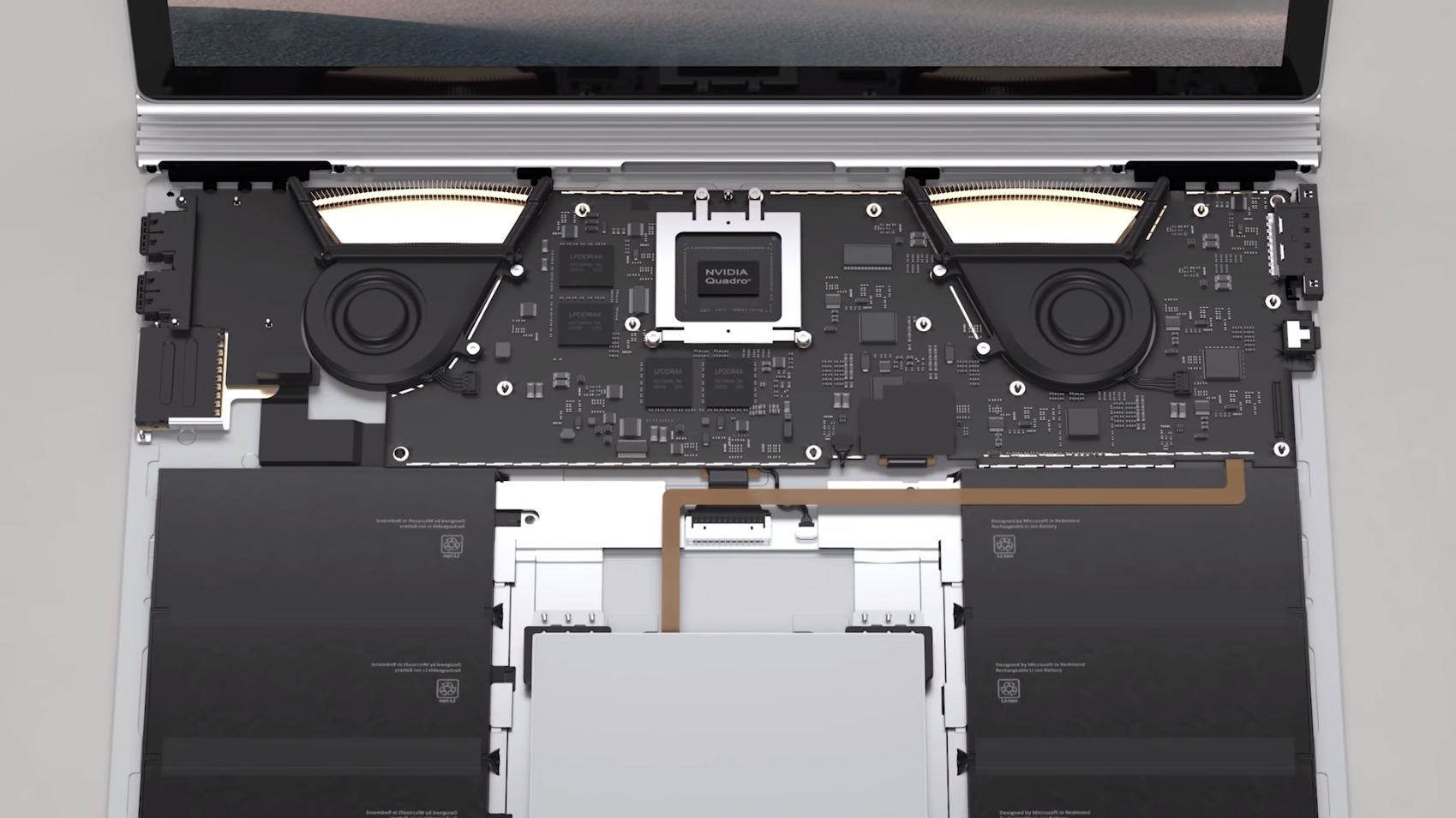 There are several graphics options that users can choose from depending on the Surface Book 3 model they select.

The 13″ model comes standard with the Intel Iris Plus graphics that’s integrated into the Core i5 or Core i7 processor, but users can also configure it with the NVIDIA GeForce GTX 1650 should they wish to.

The 15″ Surface Book 3 comes standard with the NVIDIA GeForce GTX 1660 Ti. Commercial customers can also choose the NVIDIA Quadro RTX 3000 instead, which comes with 6GB of GDDR6 graphics memory and supports Deep Learning Super Sampling (DLSS) and real-time ray-tracing. The RTX 3000 is based on NVIDIA’s 12nm TU106 chip, which is the same chip used in the RTX 2070. 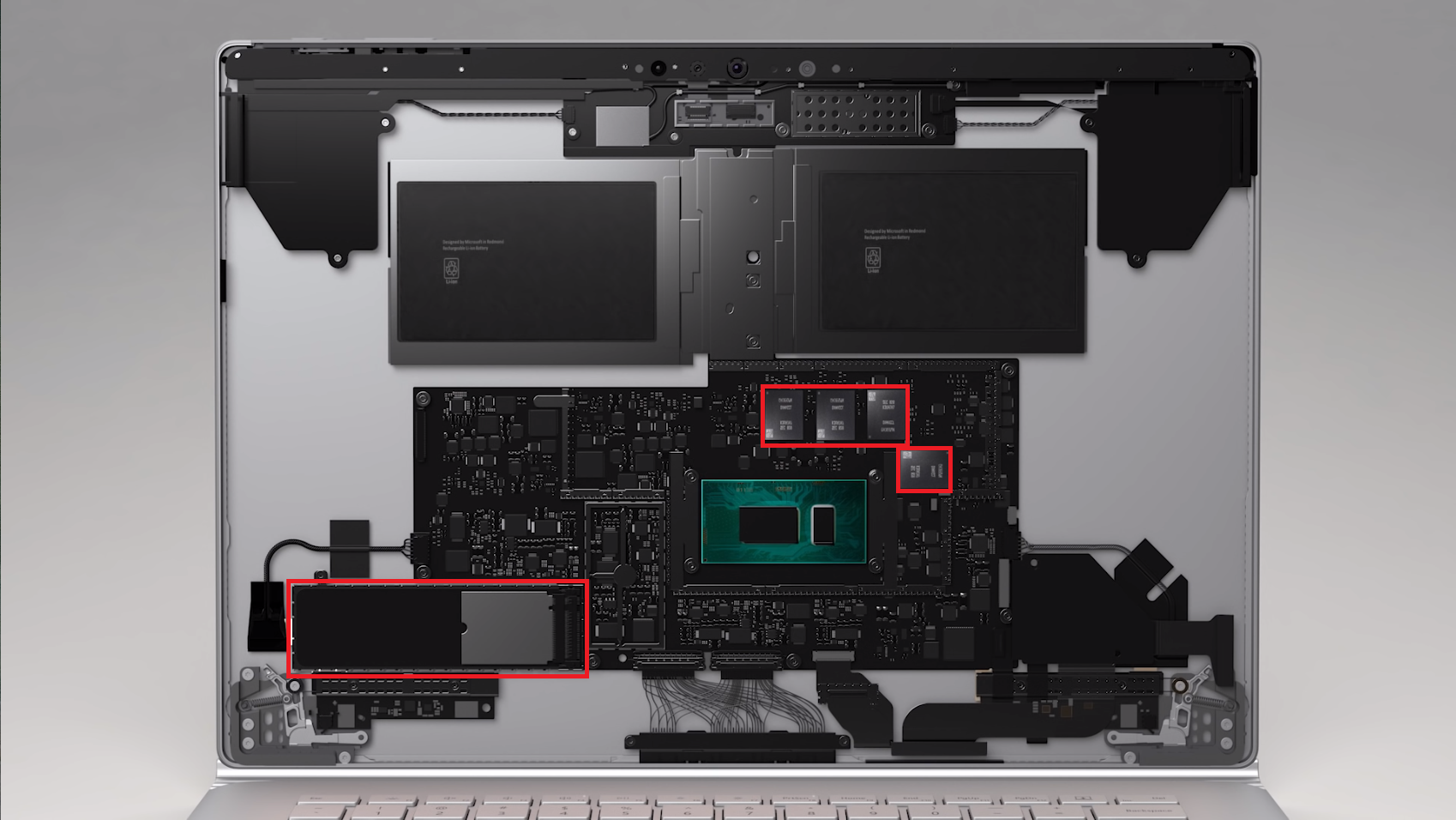 For the first time in the product line, users can now configure the Surface Book 3 with up to 32GB of LPDDR4x RAM running at 3733Mhz. Both the increased memory capacity and speeds should make a noticeable improvement in the performance of memory-intensive applications.

As for storage, the Surface Book 3 now features up to a 2TB NVMe SSD. From the looks of the internal images Microsoft provided, a standard M.2 NVMe is used. So user-upgradability may be an option, but how easily an upgrade can be performed is yet to be seen. 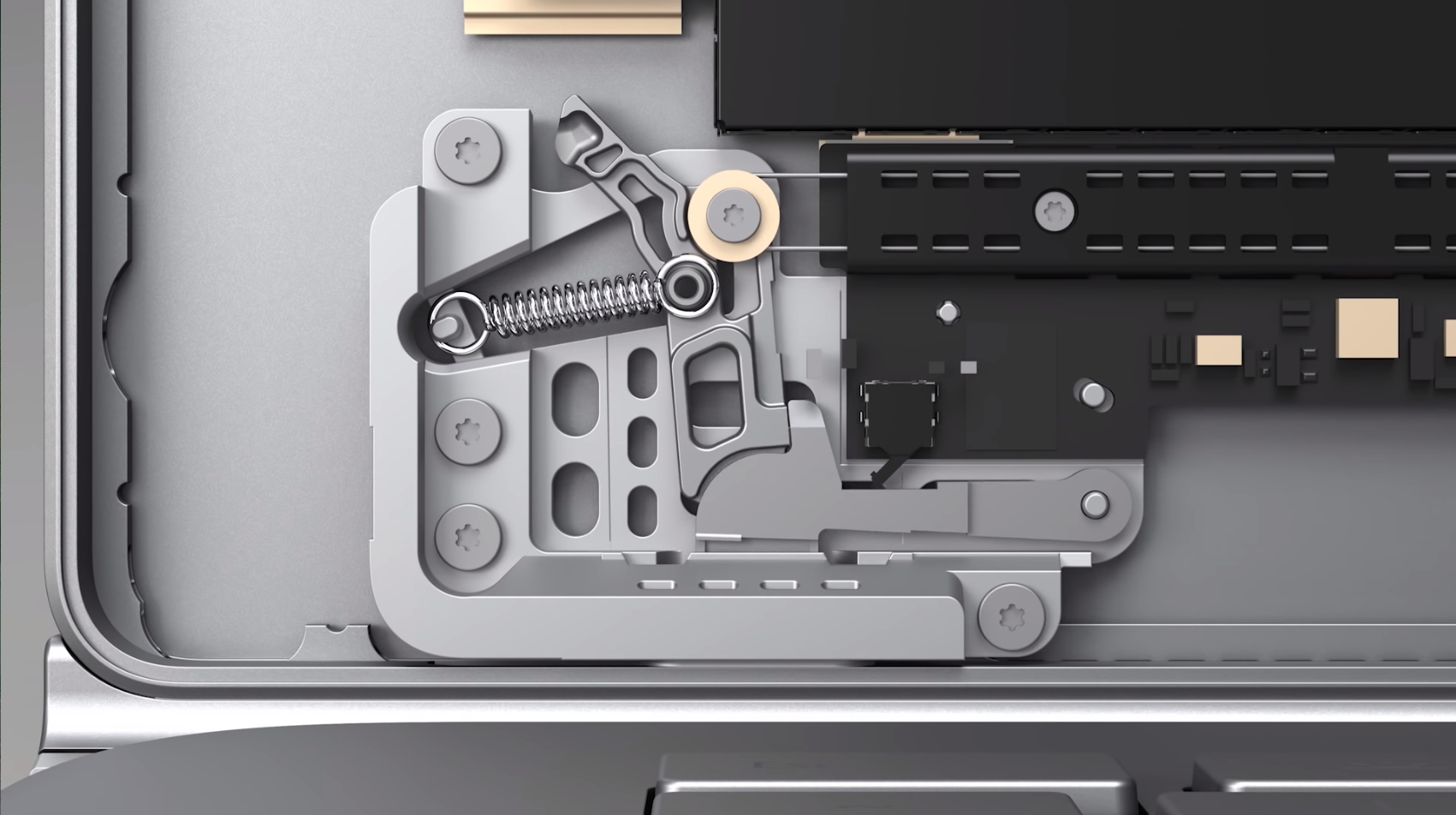 Also improved in the Surface Book 3 is its detach mechanism, which has been a source of frustration for many in previous generations. Microsoft claims that the new mechanism releases 2x faster than before, and is hopefully also more reliable in doing so. 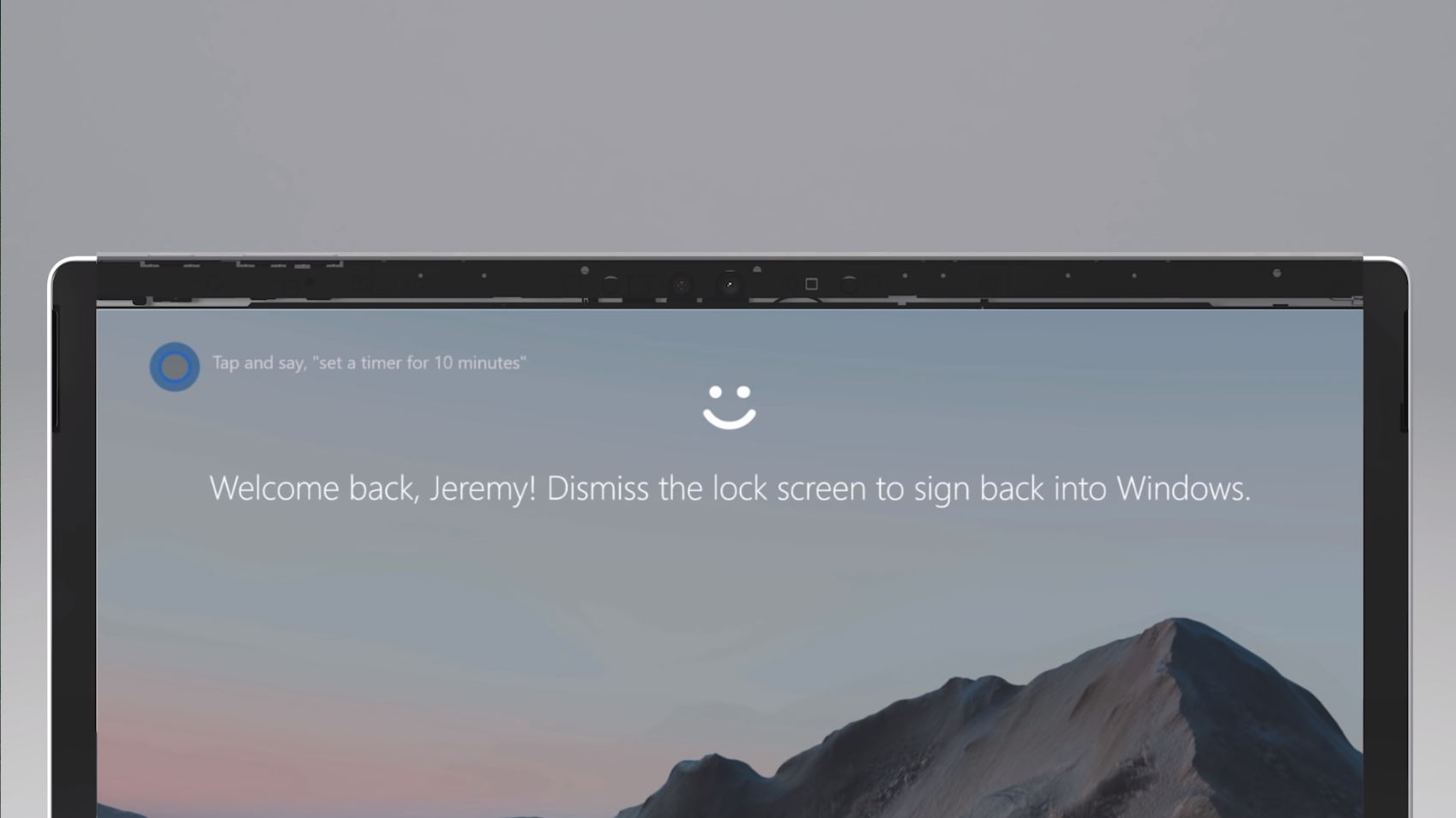 The Surface Book 3 features a 5MP camera + infrared sensor on the front with support for Windows Hello, as well as an 8MP shooter on the back. Both are 1080p cameras. Unfortunately, the 4K cameras that debuted on the Surface Pro X don’t make an appearance here. 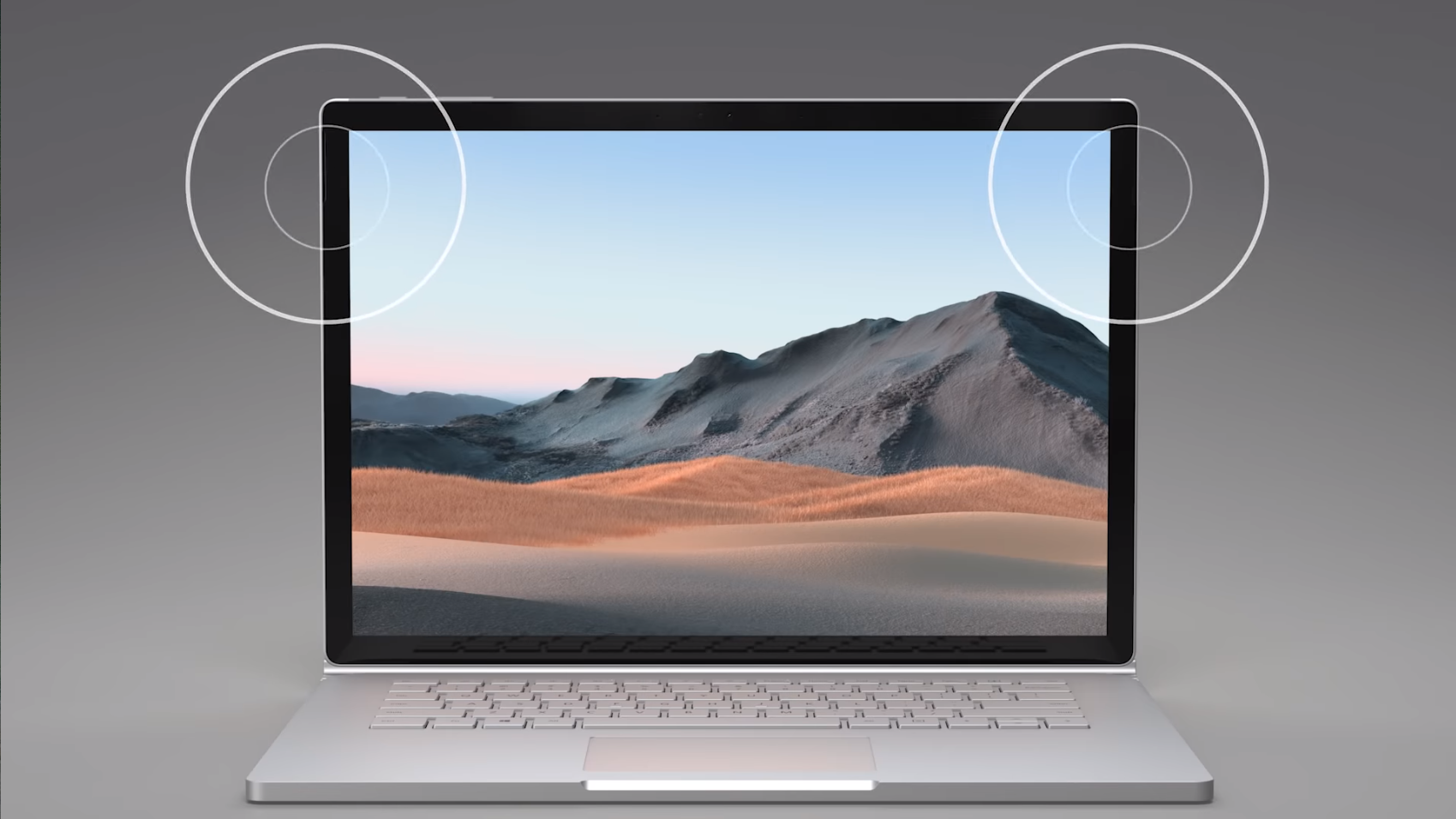 Audio onboard the new Surface Book 3 has been upgraded. The device now features the same dual-array Studio Microphones with beamforming that have received good reviews on the Surface Pro 7.

The front-firing stereo speakers located on both edges of the display now support Dolby Atmos for spatial sound in addition to a better listening experience with headphones. 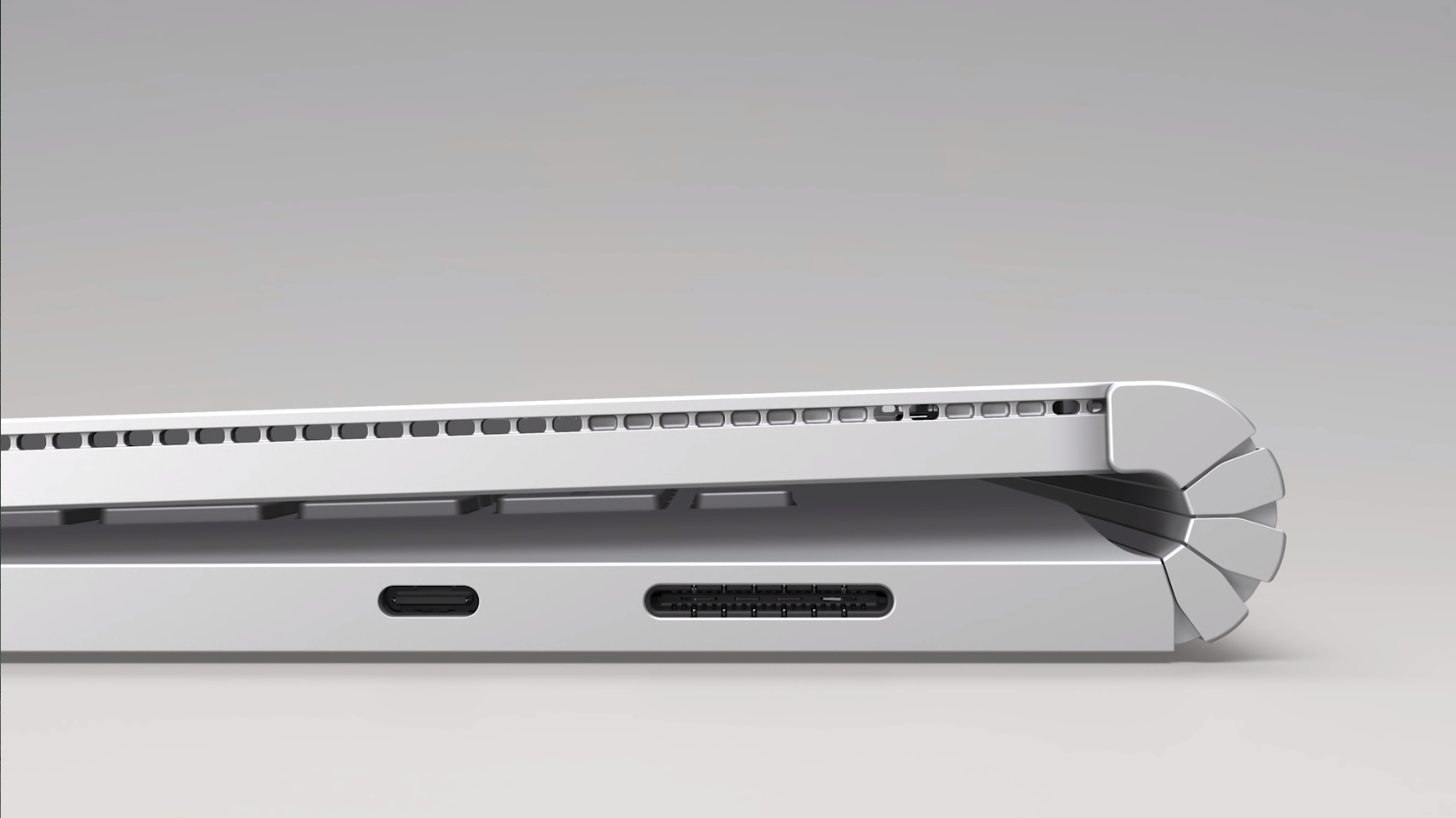 The left side of the Surface Book 3 houses two USB-A 3.1 Gen 2 ports, and a full-size SDXC slot, while the right side is home to a USB-C 3.1 Gen 2 port (which also supports DisplayPort 1.4) and the Surface Connect port, which can be used in conjunction with the new Surface Dock 2.

Wi-Fi 6 and Bluetooth 5.0. No info on the vendor yet, but fingers crossed they’re from Intel instead of the troublesome Marvell Avastar units used in the past. 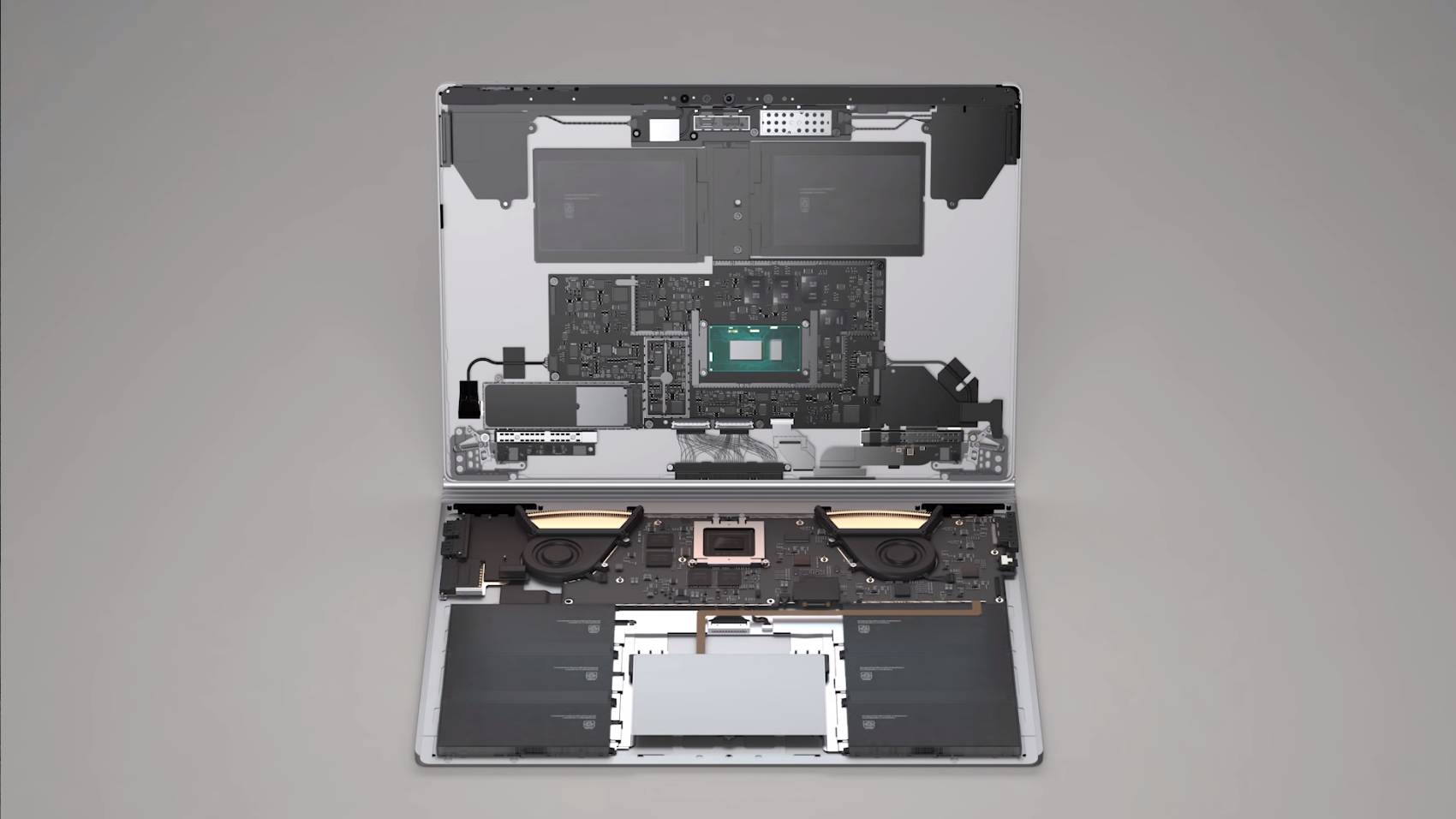 Microsoft claims that the Surface Book 3 has the longest battery life of any Surface device before it. With 17.5 hours of “typical use” on the 15″ model, and 15.5 hours on the smaller 13″ version.

It’s apparent that there’s even more to the Surface Book 3 than meets the eye thanks to all the improvements Microsoft made to the device under-the-hood, resulting in the most powerful Surface device Microsoft has released to date.