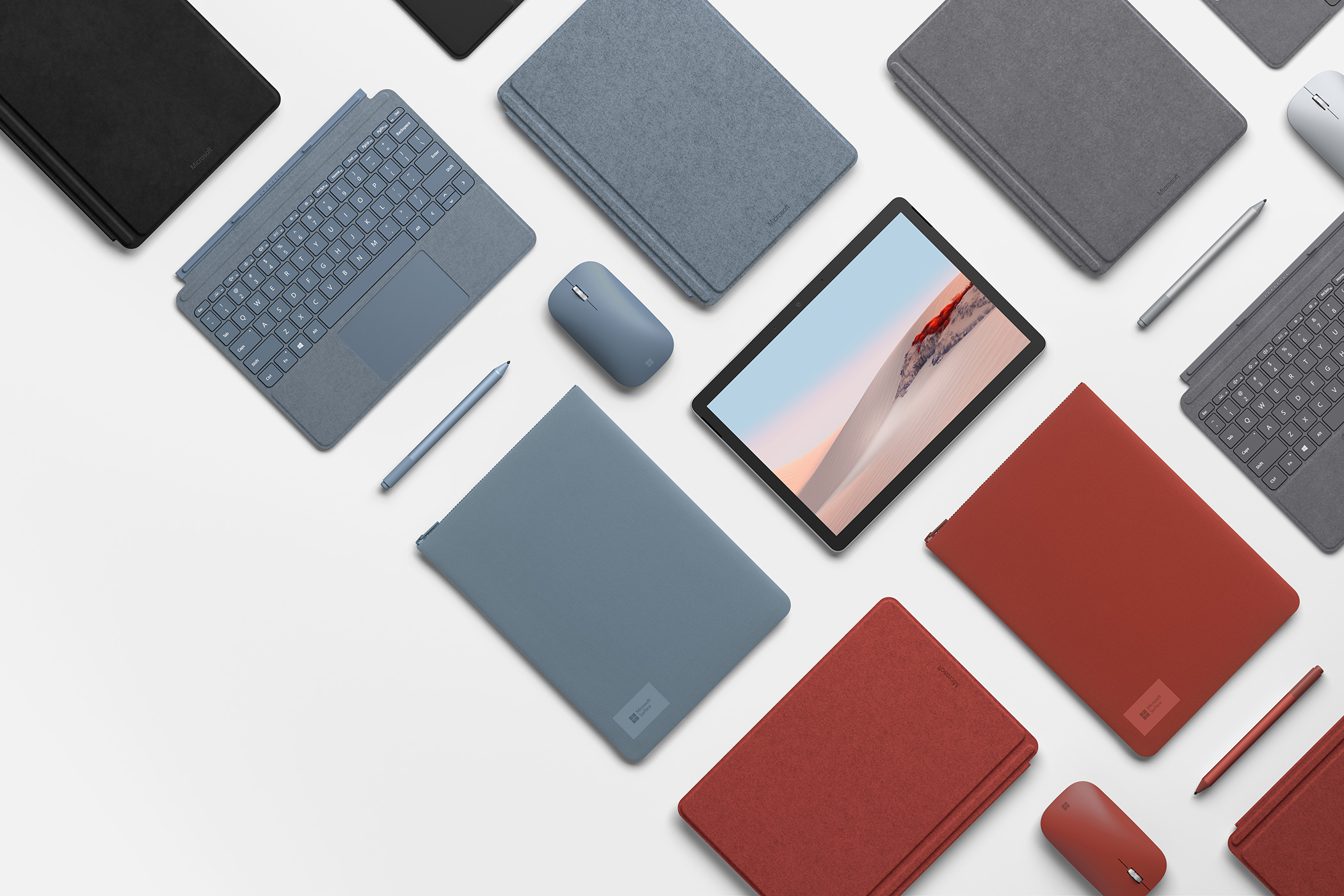 Today, Microsoft launched its first new Surface devices of the year. Long awaited refreshes to existing product lines are finally here in the form of the Surface Go 2 and the Surface Book 3.

Starting with the Surface Go 2, it succeeds the original Surface Go which was launched back in August of 2018. Over the previous model, the Surface Go 2 is housed in the same aluminum enclosure, but includes thinner bezels, allowing for a larger 10.5″ display.

New, more powerful processors should provide for a smoother experience running Windows 10, and a bigger battery means you’ll be able to use it for longer periods between charges.

Pricing starts at $399, but you’ll probably want to step up to the $549 model with the more powerful Intel Core M processor.

On the opposite end of the product line, the Surface Book 3 is now Microsoft’s most powerful mobile Surface device. It packs Intel’s latest 10th gen Core processors, up to 32GB of RAM, newer Nvidia GTX or RTX Quadro graphics processors, and what Microsoft describes as “the fastest SSD” it’s ever shipped in a Surface.

Externally, the Surface Book 3 is exactly the same as the Book 2 that came before it, with no aesthetic differences, and it comes in the same 13 and 15-inch form factors.

You can pre-order both devices today. The Surface Go 2 will start shipping first, on May 12, while the Surface Book 3 will ship the following week, on May 21.